An Evening at Bridge Street Live

Saturday brought me to Bridge Street Live to see the Balkun Brothers and Suit, Ty, Thurrsty for a night of hard rockin’ blues.

But first, my sister and I dined on the deck

The traveling Balkun Brothers glasses were also there.

Now time to get ready for the  show. 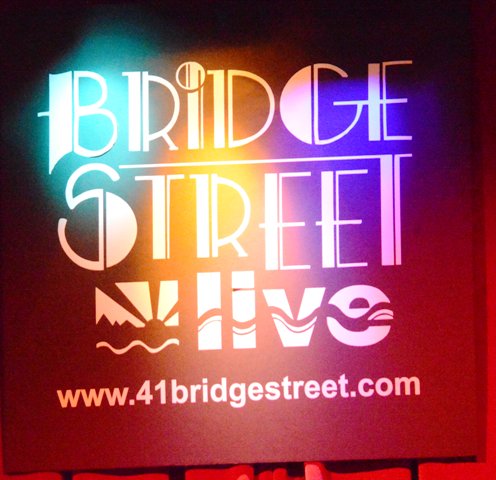 Now Gary gave an energetic introduction, which also got the audience right into the show.

Suit, Ty, Thurstty were first up. 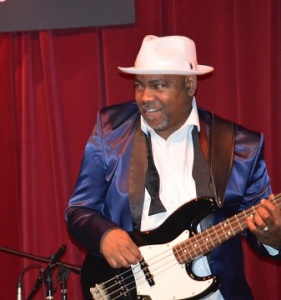 A lot of excitement and interaction with the crowd.  Ty got off the stage a couple of times.

All the band members took a turn on vocals. 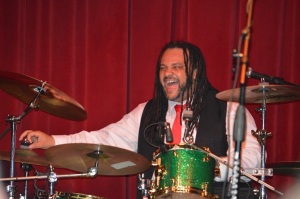 And some hot guitar work.

The set got the crowd rockin’ and looking forward to the Balkun Brothers.

Now the Balkun Brothers were up.  After a fast change over, barely time to catch a breath.

The audience was really into the show.  The brotherly interaction was an added feature to their playing.

Steve was constantly in motion.  He played and sang and moved across the stage.

The audience got the news of an up-coming CD on a new record label deal and a European tour.

The reviews from the fans and the bands,

A good night with two bands that kept the action going and the audience involved.

Questions/comments, I can be reached through the Blog comments or at twblus@aol.com.  BluesBeatNews is written, produced, directed and photographed (with some help from my Sister) by Domenic Forcella.  My weekly Blues Beat column appears in the New Britain Herald, Bristol Press, Middletown Press and Torrington Register-Citizen.

One response to “An Evening at Bridge Street Live”