Okay, it is Sunday morning and time for the Brunch followed by the Slam Allen Band.  He has been topping the chart with his current release.  I saw Slam at one of my first visits to the Pocono Blues Fest.  He was playing in Shenanigans and James Peterson joined him on stage.  Connecticut fans may … Continue reading → 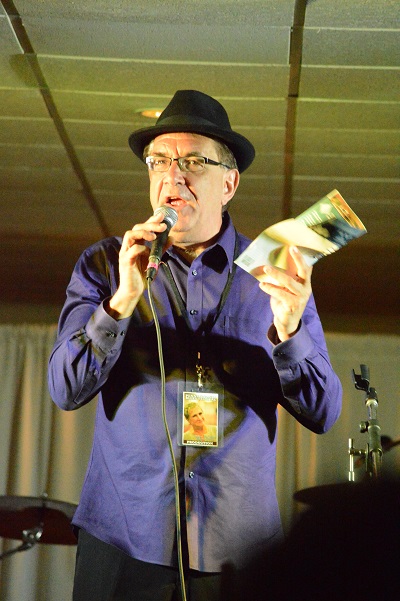 Now we are into the  first full day of the  Festival.  Before getting to the site, time for some breakfast.  Went to one of the spots that I like Chat N Chew. Chat N Chew is home to the Famous “Messy Mike” breakfast sandwich, Two eggs-choice of meat-cheese-piled high with home fries-on a Kaiser roll.  After that … Continue reading →

This Week’s Blues. The blues schedule is as up to date as possible, but it’s always a good idea to call the club to confirm, also you might want to check the starting time. The Cypress Restaurant: Saturday, Bill Shaka and the Soul Shakers; Sunday, Ted Drozdowski’s Scissormen Homecoming Show; Middletown. (860) 346-3367 Infinity Music … Continue reading →

This year the Pennsylvania Blues Festival came back to the Poconos that fans call home.  The fans were not the only ones happy, so were the local businesses.

Lake Harmony had a good weekend, excellent weather until the last Sunday act.  Part of my Pocono routine is to stop at the Church of St Peter the Fisherman and light a candle for good weather.

Opening night featured Philadelphia harmonica player Mikey Junior’s Blues Revue.  For this night’s event, Mikey went and sought out good musicians from Delaware, New Jersey and Pennsylvania.  Many of them he had personal ties to.

When I walked into the GalleriaGovernor’s Ballroom. the first person I saw was Guy.  He videos the weekend’s activities. 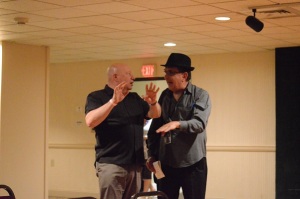 Guy and Michael getting the evening set

Now there were a great number of musicians to photography.  I hope I got all the names.  If not, give Mikey a call.

Micheal Cloeren welcomes and talks about the Fest

Then Mikey Jr took over.  So much blues that I’ll let the pics do the talking.

Mikey, Jr brings on the acts 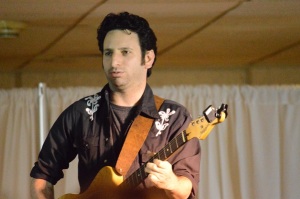 Scott, the man who worked all night

The guitar player was Dean Shot.  He played various roles from back-up to upfront.

Mikey’s parents were ready to come out.  First Stepmom Robin and Big Daddy came out. 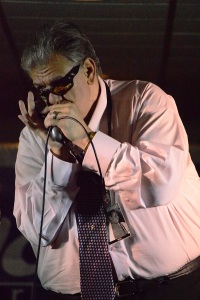 Then it was Mikey, Sr.

The evening was just getting started and you knew it was going to be an entertaining night.  Let me just show you the Players that came on stage.

was away from the music for awhile but was classy on the guitar. 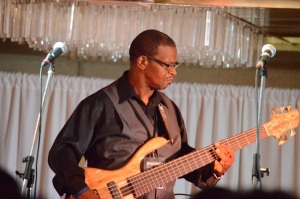 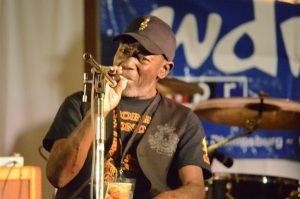 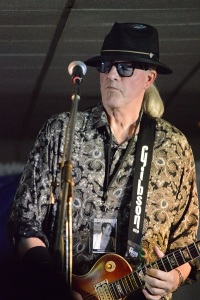 Now for some of the youth movement.

Vanessa Collier, she will be at the IBC. 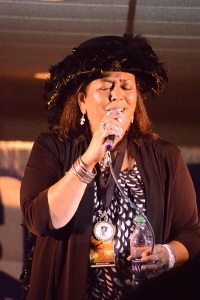 Now for some Dean Shot time.  For part of his set, Dean was bringing out his inner Italian. 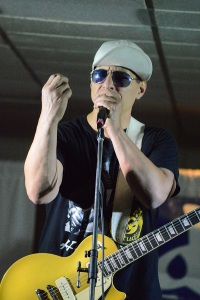 He also put on a show in the audience with some trick playing.

Playing at the sound board

And you knew sooner or later a jam would break out. 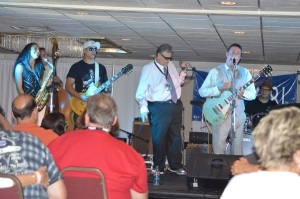 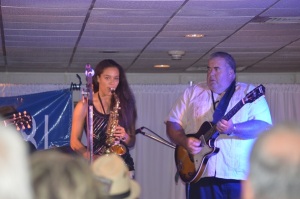 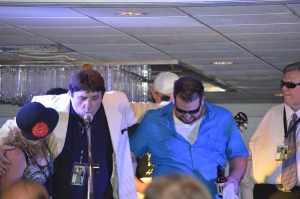 Then Mikey explained how to beat a DUI by using the patch.

Well, I am exhausted just reliving the night and there is still the two days at the Big Stage and Tent stage, the Tribute to Johnny “Clyde” Copeland,and Slam Allen.  A lot still to take in.

This year the PA Blues Fest moved back to the Poconos.

An event many of the fans anticipated,

I had time to take plenty of photos and will share some on a soon to be published Bluesbeatnews Blog.

This Week’s Blues. The blues schedule is as up to date as possible, but it’s always a good idea to call the club to confirm, also you might want to check the starting time. Infinity Music Hall: Tuesday, Dr. John & the Nite Trippers; Hartford. Bill’s Seafood: Sunday, Ramblin Dan Stevens; Westbrook. Scatz Restaurant: Friday, … Continue reading →

Another Thursday at J’s Crab Shack with Liviu

Went to J’s Crab Shack on Thursday to hear Mike Crandall and it turned into a Liviu Pop Birthday Party.  I had heard there was going to be cake, but didn’t know the occaision. Liviu says  hello to the crowd.             The band was stellar.           … Continue reading →

This Week’s Blues. The blues schedule is as up to date as possible, but it’s always a good idea to call the club to confirm, also you might want to check the starting time. Wadsworth Mansion: Wednesday, Jeff Pitchell & Texas Flood and the Jeffettes; Middletown. The Cypress Restuarant: Saturday, Brandt Taylor Band; Middletown. (860) … Continue reading →

Sunday started as bright as Saturday. The first order of business was a marriage ceremony.  A couple with a close family connection to the NABF. While sitting in the audience, I must have looked sunburned because the lady sitting next to me offered SPF 30.  Sitting near me, I also talked with Kim (knowledge of … Continue reading →