Jake, Anthony, and Jeremy played at Blues City Cafe.  The place was packed, standing room only.  The crowd had to move to let the musicians and wait staff through.  My photos come from the back of the room.

But before that, they had an interview to do. 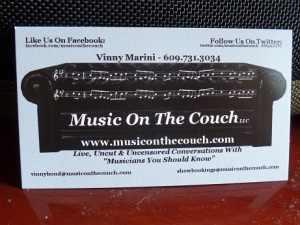 Now for the Showcase at Blues City Cafe.  The place was crowded.

Steve Balkun in the crowd, check the hat.

Almost always, the hardest member of the band to capture is the drummer.  This day was a challenge and I was lucky to get a glimpse of Jeremy.  Maybe I should pass it off as an artsy photo.

Some other Youth acts: 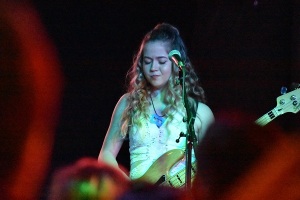 Questions/comments, I can be reached through the Blog comments or attwblus@aol.com.  BluesBeatNews is written, produced, directed and photographed by Domenic Forcella.  My weekly Blues Beat column appears in the New Britain Herald, Bristol Press, Middletown Press and Torrington Register-Citizen.